My contribution to Popular Music in the Nordic Countries examines curious musical products of post-skinhead radical nationalism.* Skinheadism came to the Nordic countries from Britain, often via the United States and Germany. The movement gained its recruiting prowess in large part because of its musical output. This was especially true in Sweden, which is the epicenter of radical nationalism in the Nordic countries, and once one of the largest producers of radical nationalist* music in the world. There, skinhead music genres like white power punk and Viking rock enjoyed consumption levels nearly unheard of in other western nations: A 1997 survey showed that almost one out of every five boys in Swedish secondary schools listened to white power music “sometimes or often.”

However, skinheadism would crash towards the end of the twentieth century, thanks to hate-speech laws, online music downloading, infighting among radical nationalists, and insiders’ growing dissatisfaction with the hooliganistic nature of their activism. 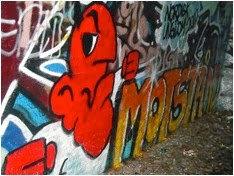 I follow the creation and reception of nationalist rap and reggae—two genres long considered the musical antitheses of white anti-immigrant movements. Though I highlight some insiders’ fierce opposition to rap and reggae, I also show how others regard these genres as particularly appropriate for the nationalist cause. As an individual connected with the reggae project says,


We see nationalism as an ideology of love, not as a hate ideology that many others see it as. It is about love for your own people, but also love for there being many different cultures that can be experienced. [...] But there are a lot of influences of this, first and foremost in hip hop in Sweden, but also in part in reggae. [...] [Reggae is a genre] with an eye towards the Self, but even love for the Other, but not at the same time - from a distance quite simply. But nonetheless love, I mean, reggae is very - it is like the music genre of love.

This narrative is subject of detailed analysis in my chapter.


* I use the term radical nationalism to refer to organized opposition of multiculturalism and interracialism. These actors may be white supremacists, ethnic separatists, or cultural ultraconservatives. And though ideological differences among radical nationalists may in some senses be profound, all share a belief that immigration constitutes an existential threat to the native white populations of the Nordic countries, and most have strong organizational and personal ties to a 1990s musical subculture.